I have been decorating a lot of bedrooms recently and one item that seems to take the most time is the configuration of the bedding.  And not just how many pillows, but how many standard pillows, king pillows, euro pillows and decorative pillows?  Which pillows match the coverlet and which match the duvet?

Getting the bedding right is one of the key elements for a great looking bedroom.  Everyone has a different approach, but one key item for me is not to have too many pillows.  It isn’t just the men that think that too many pillows get in the way.

So, where to start?

I usually start with an inspiration fabric that will be used as an accent, such as the decorative pillow. I stick with classics for most of the bedding (white or off-white). Good bedding is a worthwhile investment and it should last you for many years to come. You will likely tire of a pattern long before your bedding needs to replaced, so I like to put the accent fabric on elements like decorative pillows which you can replace in a few years.

I also choose to do either decorative king/standard shams (depending on the bed size) or Euro shams, unless I have a client that requests both. This saves you (or your husband) from piling up at least 5 pillows on the floor every night.

For a king bed I use either 2 king shams or 3 euro shams. For a queen either 2 standard shams or 2 euros. I have occasionally used 3 euros on a queen when a plusher look was desired.

I also like to use 1 king sham on a twin bed as a decorative pillow because I think a standard sham can look a little lost.

The pillows are then topped with only 1 or 2 accent pillows.

Next, I often use a ‘coverlet’ or ‘bed cover’ in a solid color to cover the majority of the bed, such as seen in this photo:

To finish off the bed, you may want to use something at the foot of the bed. Duvets have been popular over the past few years, however in places like Texas they are often too heavy, even if you get the light weight or summer weight versions.

Finally, a few of my favorite resources for nice bedding are: 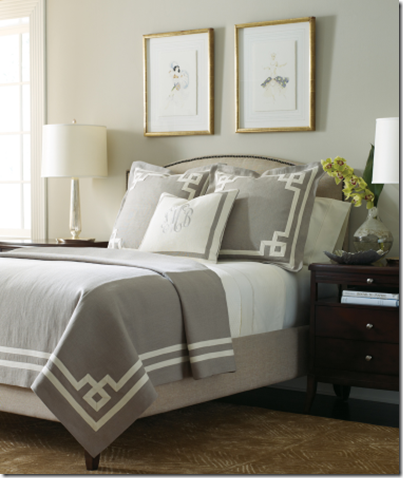 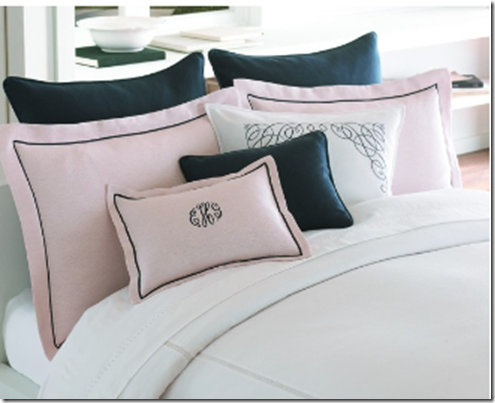 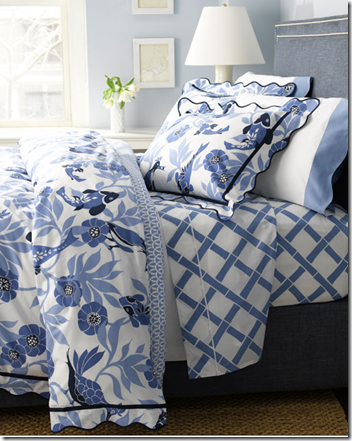 It may seem expensive, but as I mentioned investing in quality bedding is money well spent.  A good bed set should last you many years (I’ve had some last 10-15).  If you buy cheap bedding I promise you will end up spending at least the same amount over the same time period.  And, if you stick with the neutrals on your key elements you won’t get tired of the pieces.

We would love to help you design a bedroom of your dreams, so feel free to contact us at info@heatherscotthome.com to request more information.

2 responses to “Dressing a Bed”