I just got back from the ‘arts trip’ I go on every year and a half.  It is a vacation, but is centered on topics and activities related to my ‘work’, so I always feel like it is a great use of time!  If you like art, furniture and design, I thought you would enjoy a recap of my trip! 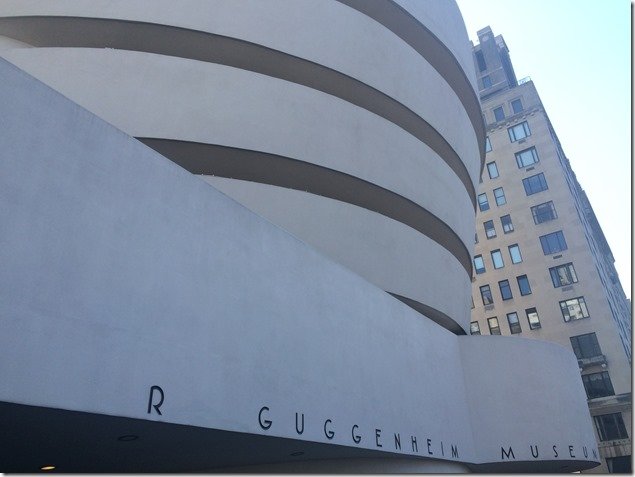 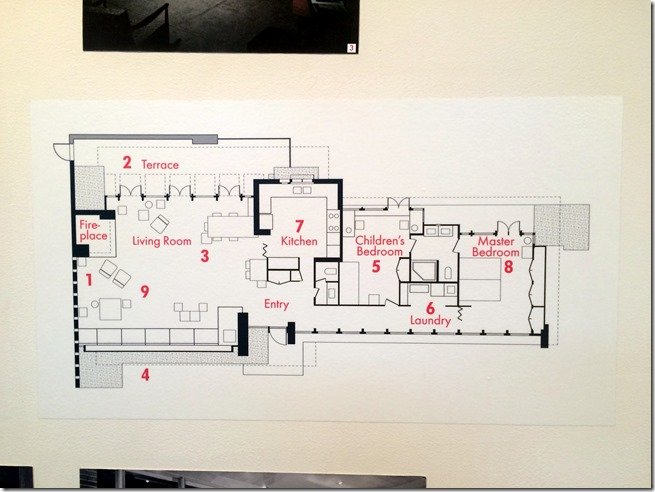 There was also a reflective book on architecture entitled ‘How to Work Better’.  I snapped a photo of the cover to remind myself of the key principles to working more effectively! 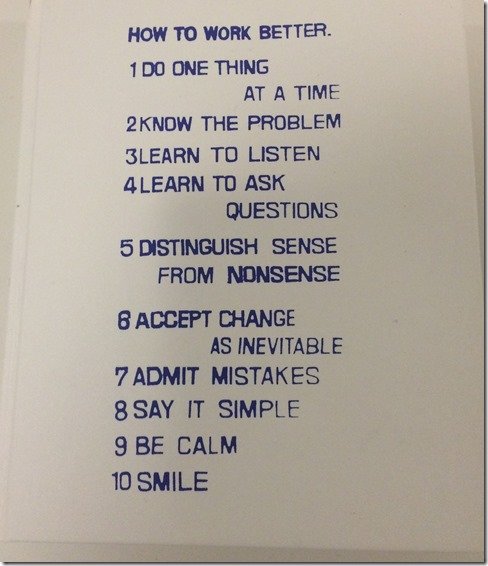 The Metropolitan Museum on 5th Avenue has to be one of the greatest museums in the world.  We had a ‘highlights’ tour of key pieces of wall art, furniture and decor from their collection of items from around the world, produced over 5,000 years.

We had lunch in their café and I was impressed with how they displayed this decorative iron remnant over their pastry counter. 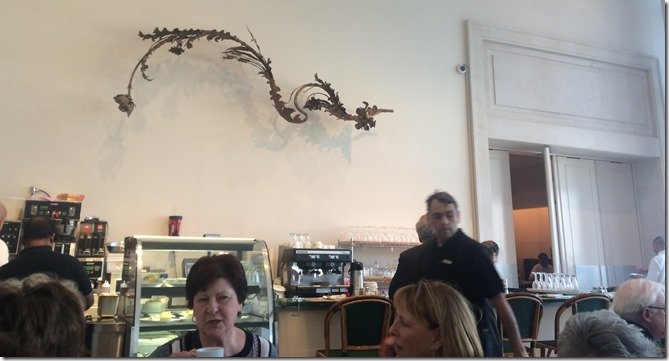 A quiet, reflective space that respectfully remembers all those impacted by the events of 9-11.  Every display was so thoughtfully considered.  Oftentimes people see art and do not understand what the purpose of it is.  All art presented had a story and a meaning. For example, this display features a quote by Vigil made of iron found in the remains of the buildings.  The nearly 3,000 paper squares (one for each of those who died) surrounding the quote were painted in a shade of blue that people described as the color of the sky the day of the attacks.  The museum is really special and honoring of those impacted by the events of that day. 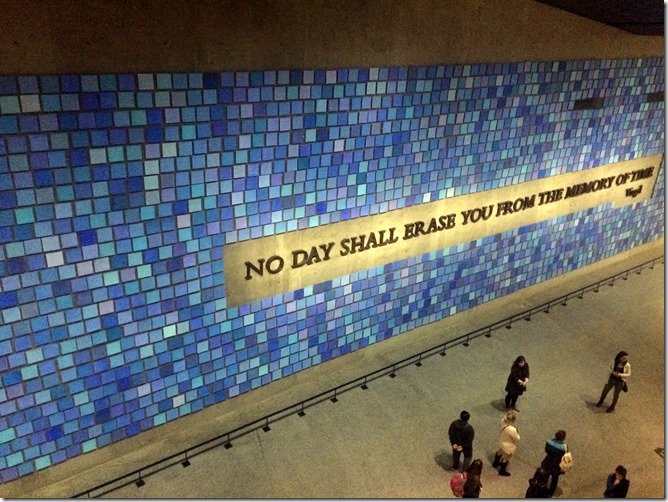 In addition to the serious stuff, we also had some great meals, including a tour through Mario Batali’s Eataly 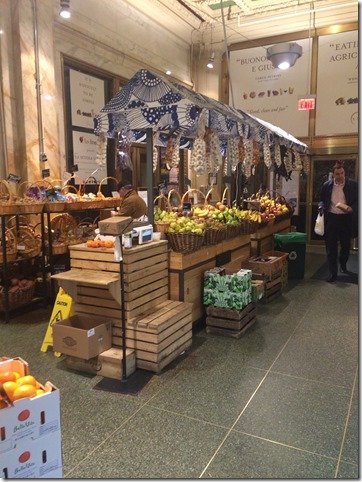 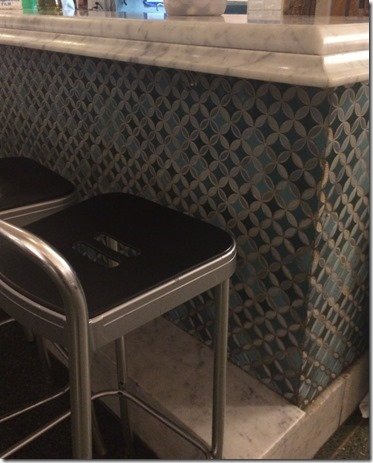 A little shopping through Jonathan Adler and Lily Pulitzer… 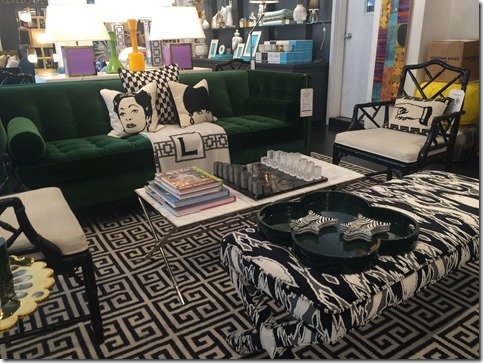 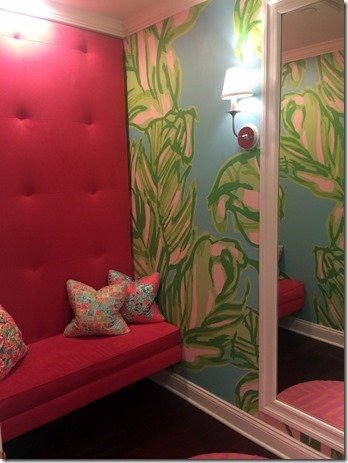 And my favorite: a night on Broadway watching ‘Hamilton’.  Everyone keeps asking how we got tickets.  Lucky for us, our organizer purchased them almost 18 months ago!  If you get the chance to go, grab it!  It was amazing. 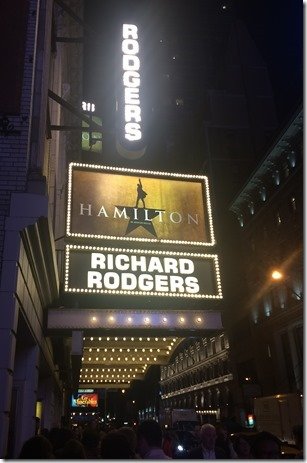 One of the best things about seeing Hamilton was getting a history update on the United States and its founding.  There is so much history in Philadelphia!  We covered the Liberty Bell, Christ’s Church, Independence Hall, etc.  It meant a lot more knowing the back story.  History class was a long time ago!

On top historical public buildings, we visited several historical ‘country living’ homes in the city’s Fairmont Park to study their architecture and furnishings.

Cedar Grove was a summer home for 5 generations beginning in 1748.  All the furnishings in the home today were in the house originally or owned by the family that lived there.  This is very unusual for a historic home. 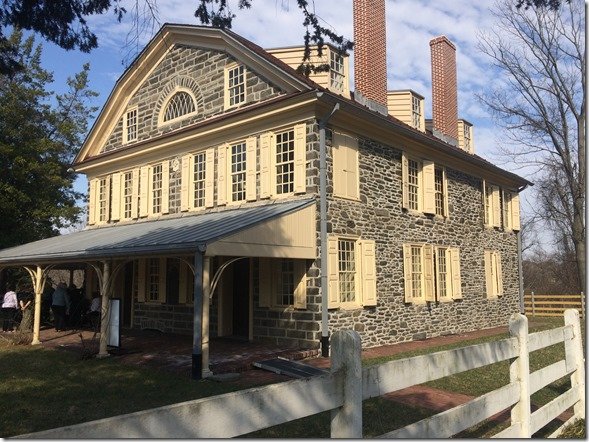 The home was owned by a family of Quakers, so all the details are very simple.  However, even the kitchen looks appropriate for today’s time.  Apparently Martha Stewart is a big fan of the kitchen.  And the wood floors were amazing; random widths of wide planks wood.  Other than some squeaking they were great! 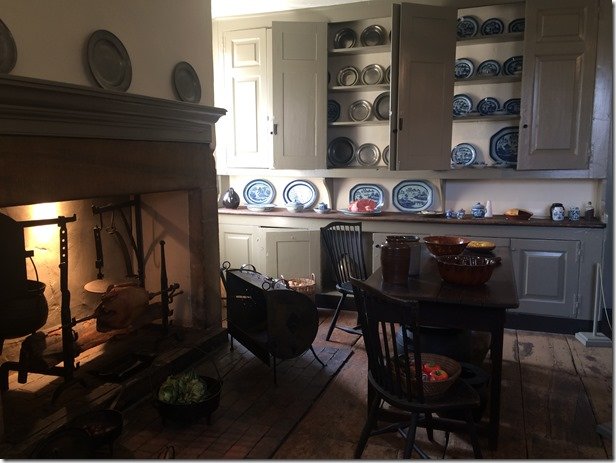 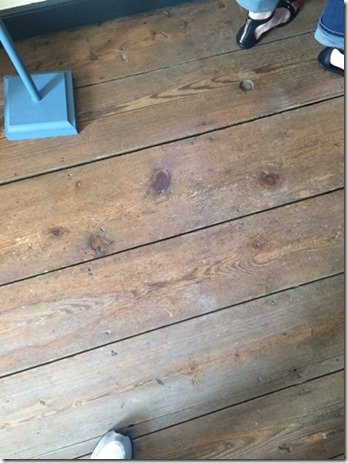 Woodford was built in 1756 as a summer-house near the river. It is Georgian in style (filled with symmetry) and later additions were Federalist in style.  The home is filled with Colonial antiques from its benefactor, Naomi Woods. 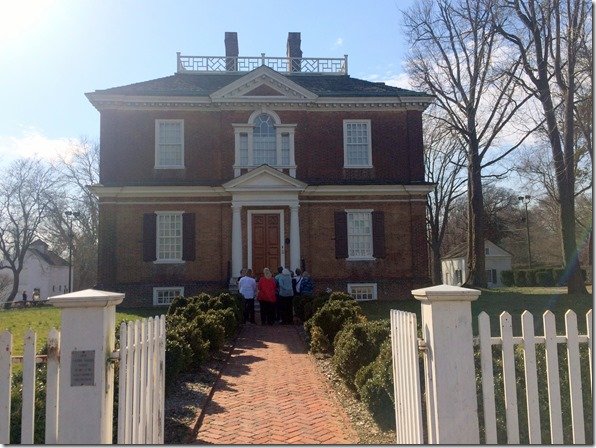 The home is painted in its original colors, including this mint sitting room at the front of the house! 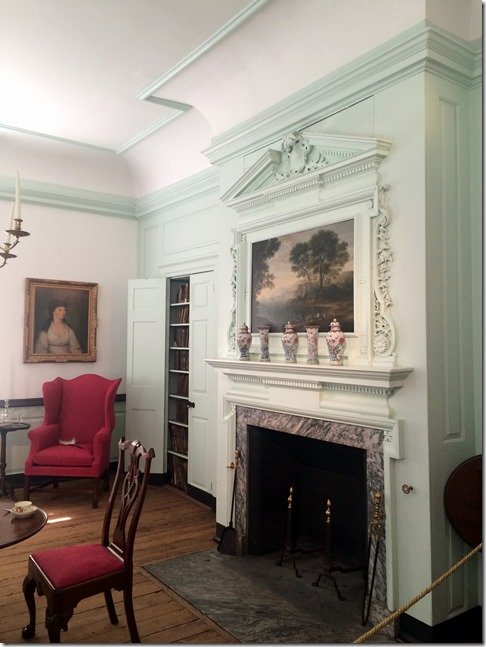 I can not believe the millwork detail with the inset painting above the fireplace.  Very beautiful.

One of our last stops was a special tour of the American Collection at the Philadelphia Museum of Art.  We explored paintings, silver and furnishings from the late 1700’s/early 1800’s. 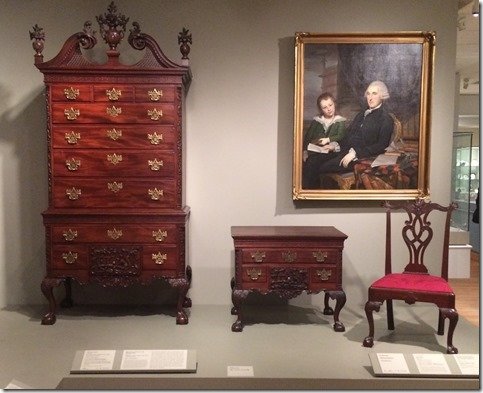 We think today we have so many design styles to choose from, but in some ways, historically early Americans did, as well.  The bureau above and below were both built around the same time in the United States.  Only the one on top was influenced by the English, French and Asians, while the one below is Swedish in style. 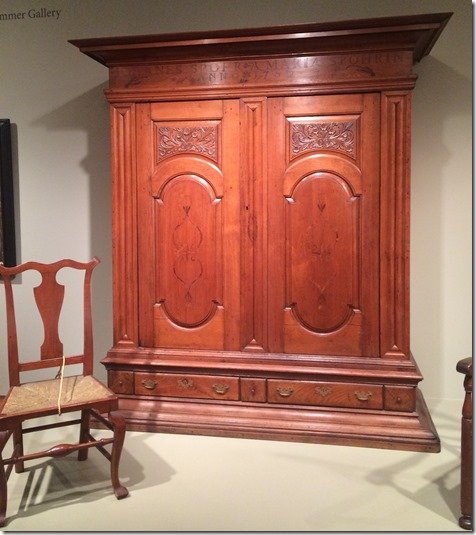 After all the historical reviews, I made a quick dash by a large exhibit from one of my favorite artists, Cy Twombly.

Twombly gained recognition in 1950’s New York and incorporated minimalism, abstraction, and iconography.  His style is unique and looks very current today.  It is said his job as a Cryptologist for the military also influenced his style. 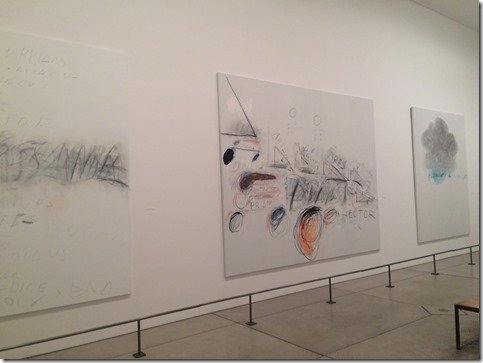 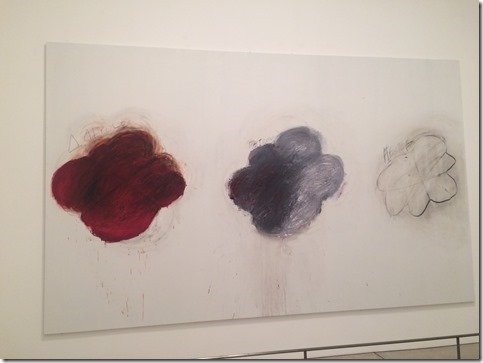 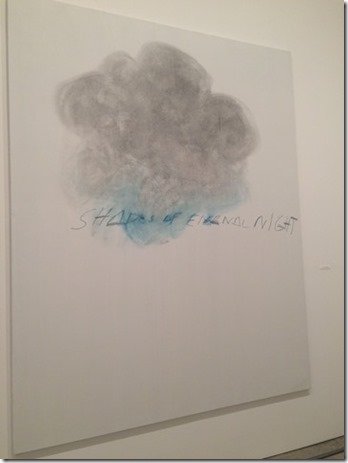 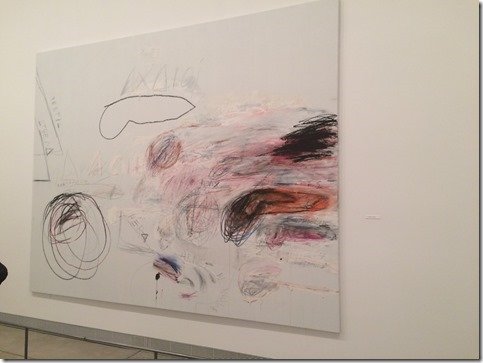 That covers the highlights!  As you can imagine, it was a busy week.  Hope you enjoyed seeing the photos and maybe learning something new, like I did!  Stay tuned for the next trip next September to Northern California!