TLC’s Four Houses Austin episode, which my house and I are in, airs tonight.  I have seen the previews and while Scott is already cringing with concern, all I can do is laugh and remember what a crazy, fun experience it was.

The premise is – 4 people with 4 styles tour each other’s homes and decide whose house is the best (based on livability, originality, style).  The quirk comes in the fact that everyone’s taste is so drastically different it is like asking a die hard democrat to explain what they like best about a republican. It is a stretch, usually filled with a backhanded compliment or two.

I am just doing a quick post today to share with you some of the press photos which TLC sent over prior to the showing.

Here I am in front of my house in my ‘traditional, suburban’ neighborhood. 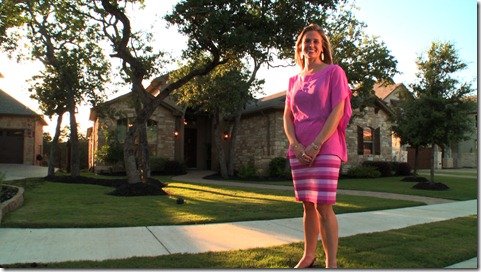 These are my episode cohorts- Talbot, Alan and Sally hanging out and critiquing my house, without me there.  Sally is brutal in all her opinions, so I can only imagine what she says (well, I heard a lot of it, so there isn’t much left to the imagination). 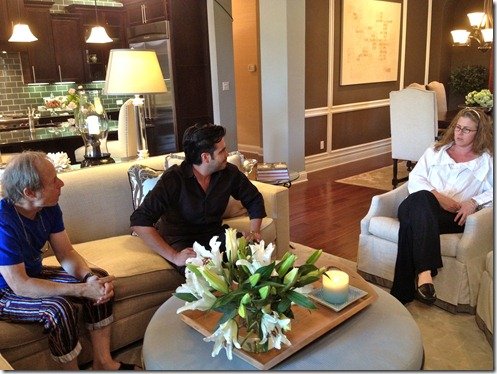 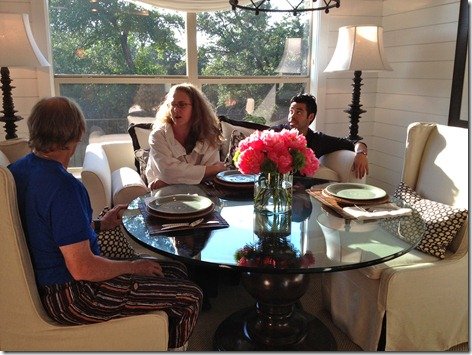 The four of us in front of Sally’s home in Dripping Springs.  I didn’t really think Austin was that big until I drove from my house to Sally’s and it took almost 2 hours!  She is way out in the country (not even a paved road!).  Whew, not the place for me- I need a little night life! 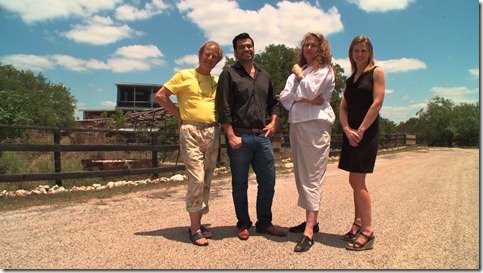 Talbot in front of his pride and joy in south Austin: Casa Neverlandia.  Talbot lives a way of live that many of us would never imagine.  He has a childish exuberance to exploration that most of us don’t have the time or patience for, but more power to him.  I don’t think he has any stress in his life, which is probably great for your health!  His home is a little fairy tale castle you would never imagine is in downtown Austin. 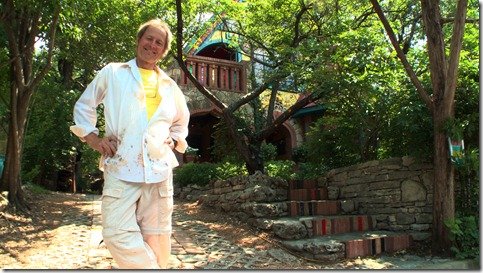 As you can tell from the photos, there is a lot of style diversity among the group and that will surely be played up tonight on TV.  And, while I think I have the ‘best’, ‘most normal’ house, I have come to realize not everyone has the same goals for their home as I do.

Each one of us had had our homes published by the media in a magazine or online, thereby validating “our style”.  It just goes to show how much diversity and personal style are out there.  I personally enjoyed being exposed to such wildly different home styles, but I also finished the experience being perfectly reassured that I was in the ‘best’ house for my lifestyle!

I hope you make the time to watch the show and let me know what you think!